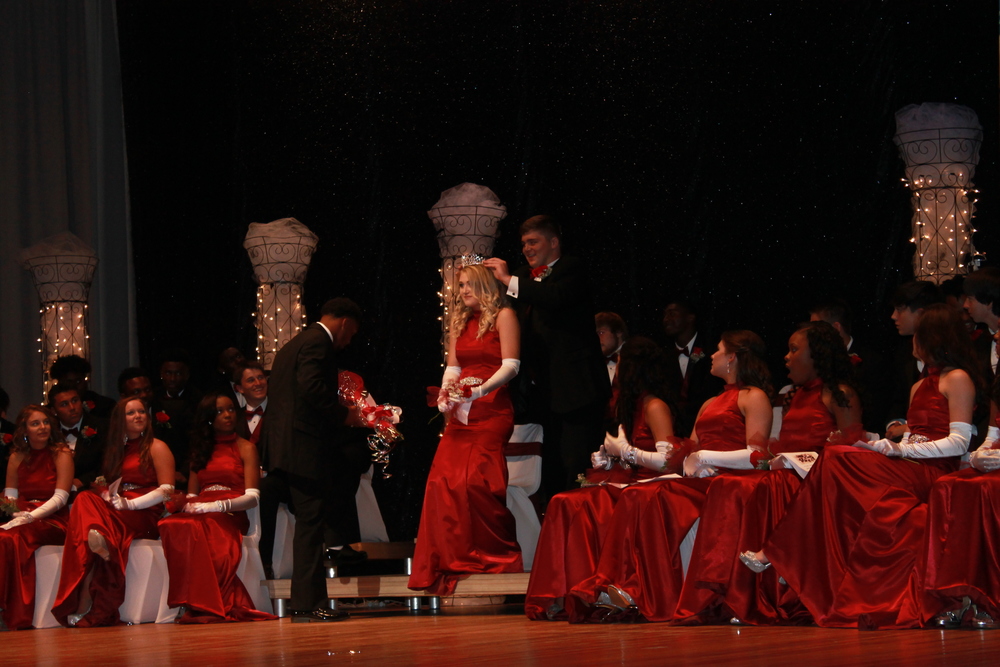 Next, a talent portion was performed for the maids, escorts, and audience. Ever Rose Minor opened the talent session by singing, “Can’t Help Falling in Love with You.” Following that, Phebe Dawson sang, “Rise Up.” McKenzie Davidson sang, “Bubbly.” Then, Malik Caldwell performed a dance mix that energized the crowd. Karis Staley then sang, “Broken Ladders.” Eriq Perdue closed the talent portion by singing, “This is Not Goodbye.”

Shortly after, the pep rally began with Coach Nason encouraging the football team to do their best and the community to come and support them. The Eaglettes performed a hip-hop dance to pump the crowd up. The Cheerleaders followed, dancing to a cheer mix to continue the pep rally. Both squads cheered on the Eagles and closed with the alma mater.