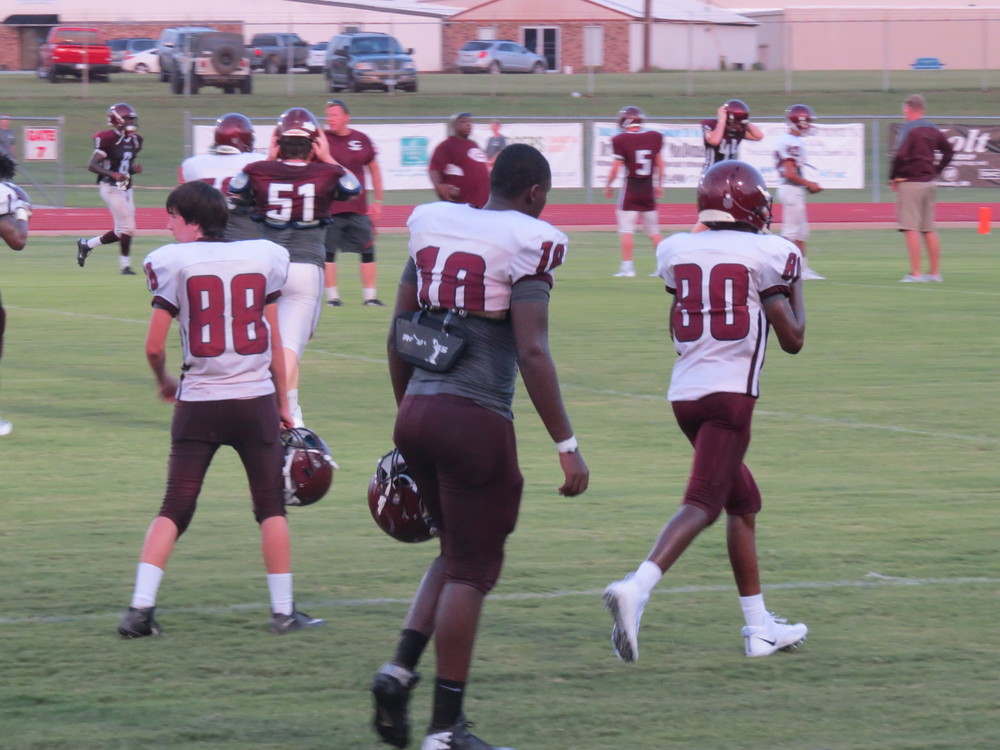 The Crossett Eagles hosted their annual Maroon and White Football game August 18, 2017 at 6:00 p.m.  This event introduced  the Crossett Eagle football teams for seventh grade, junior high, and high school.  The CMS Cheerleaders and CMS Juniorettes as well as the CHS Cheerleaders  and CHS Eaglettes were also presented.

Entrance for the Maroon and White game was a bottle of laundry detergent.  Members of the Crossett Booster club also invited new members to join.

When asked how Senior Carson Gilbert feels about the 2017-2018 CHS football team, he stated, “If we work as a team and do our assignments on and off the field, we will exceed all expectations.”  He also added, “The Crossett Eagles football team and student body can expect a better season than years before.”  Senior Tanner Courson also agreed. “I think the games went very well.  Things are looking up for the Eagles. “