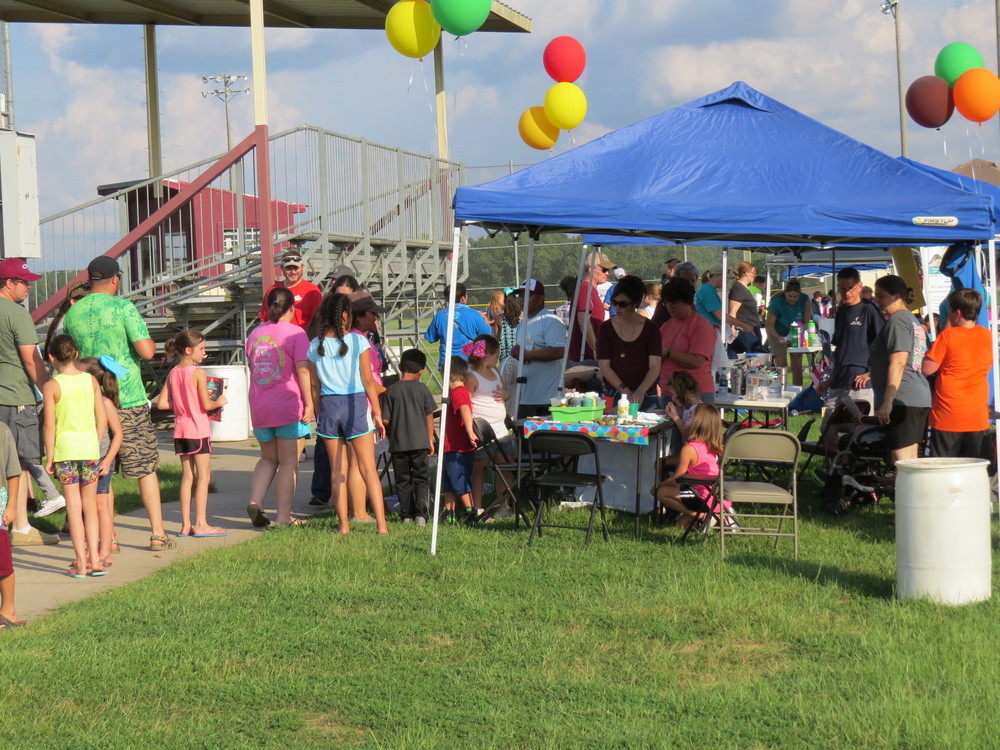 On Saturday, August 19, 2017, the Crossett community gathered at the sports complex to participate in a block party. The block party was organized by Forward Arkansas.  Forward Arkansas is a partnership of parents, educators, civic leaders, business professionals and policy makers committed to helping every Arkansas student graduate prepared for success in college and the workplace.

Businesses and other organizations showed their support by setting up booths with free games and prizes. Jaci Ward, a junior at Crossett High School, said “I really enjoyed seeing my friends and participating in the many activities.”

In addition to booths and games, The Crossett High School Marching Band also made an appearance, and along with the CHS Eaglettes danced to those catchy stand tunes played at football and basketball games.

When people walked into the complex, they were asked to sign in for a chance to win a prize. Three Chromebooks were given to students of the CSD.  Free hot dogs were also given out by Arkansas Forward. There was a booth for free water and another for free snow cones. After it got dark, Forward played the animated, family-friendly movie Minions. Students, faculty, and family united at the block party to have fun in the sun.